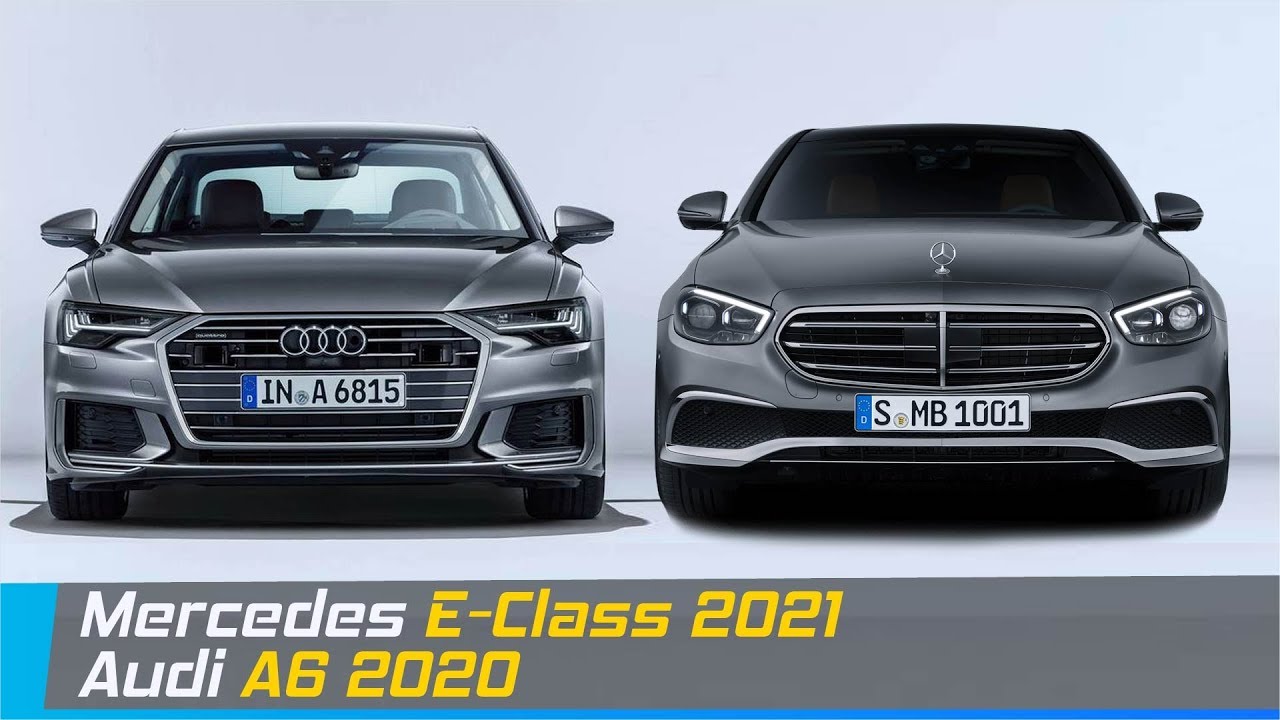 The new Audi A6 goes head to head with the Mercedes Benz E-class globally. The German rivals are constantly competing with each other to provide the best of the best at affordable pricing. Audi is known for innumerable features and bulkier built, while Mercedes is the epitome of luxury. The Indian luxury car market has been dominated by Mercedes for quite a long time, leaving very little margin for error for its competitors. Audi doesn’t fail to surprise us with a revolutionary take on the executive luxury sedan segment with the introduction of the new A6.

While Audi has always made it clear time and again that the focus of design revolves around the driver, Mercedes has more inclination towards overall comfort. That doesn’t mean that Mercedes fails to deliver in the performance area. The refined diesel engine onboard the Mercedes manages to give stiff competition to the petrol engine of Audi, though the latter manages to win the hearts of thrill-seekers when it comes to a complete driving experience.

The Audi A6 is heavier as compared to the Mercedes Benz E-class. The new E-class is introduced with a longer wheelbase, which means you get more legroom in the rear in an E-class as compared to an Audi A6. The E-class is also slightly taller, providing more headroom and visibility. While the Audi A6 has a more dominant and aggressive road presence owing to its hunkered down design, Mercedes retains the traditional curvy aerodynamics in the new E-class. The shape of the E-class is inspired by the 2013 S-class and feels familiar.

Talking about the interiors, the A6 is edgy and more driver-centric than its rival. The straight lines and sharp edges give it more of a boxy feel, especially the cockpit that has three screens converging onto the driver. The infotainment and digital instrument clusters are shapely and blend in with the dash and overall cabin design. The black and brown color combination makes the inside of an Audi A6 more sophisticated. Ambient lighting manages to match the rival’s beautification and offers a combination of different colors. Everything is touch and gesture-controlled, although the haptic feedback is slightly annoying. At times the controls can become distracting while driving, but some practice can help overcome that problem.

The E-class, on the other hand, goes old school in every sense. Mercedes doesn’t really have to change much on the interior front, as it has already set a benchmark for comfort since its entrance into the luxury car market globally. The all-black look and the leather upholstery induce a feeling of richness inside the cabin. Wooden trims and round air-conditioning vents refreshingly revive the old-school charm. The dual screens blend in perfectly with the dashboard and provide a better viewing angle while driving. There’s a mini remote touch screen that enables drivers to control the infotainment system. More emphasis has been given to rear-seat comfort with wireless charging options at the back too. AC vents at the rear are also round, and everything seems to just mix up in the right proportion.

The virtual cockpit of the A6 is inspired by the one on board, the Q5, and A7. The instrument cluster is wider and displays every piece of information right at the center. The navigation feature can be accessed directly from the central console, and the viewing angle is far better than the E-class and most other vehicles. The infotainment screen is a 10.1 inch LCD touch and gesture-controlled. The A6 comes loaded with a refined Bang Olufsen sound system that beats the competition by a very high margin. The ventilation system is fully automatic with 4-zone climate control. The driver seat can now remember the last seating position of the occupant and adjusts for maximum comfort. The steering column is electronically adjustable, and the car remembers the last best position, so you don’t have to worry every time you step into the car. The panoramic sunroof is best-in-class and has an option of voice-controlled operation too.

The infotainment screens onboard the Mercedes E-class are wider. The 12.3-inch displays are crisp and offer sharper colors as compared to the A6. Mercedes plays a masterstroke with the steering mounted controls that outshine every rival in this department. The steering mounted controls give the driver almost every possible option of centrally controlling the in-cabin features as well as the infotainment system with ease. The E-class focuses on rear-seat comfort with features such as a remote touch screen for controlling electronic sunshades, media playback, 3rd zone climate control setting, wireless charging, etc. The rear seats are more comfortable than the A6, too, which makes this saloon a joyride. Due to the longer wheelbase, the rear of the cabin offers excellent legroom. That means you can stretch your legs after a long day at work and indulge in the luxury. The major difference in the cabin between the two is that while Audi focuses primarily on the front, Mercedes earns brownie points for its rear passenger seats.

When it comes to riding quality, the A6 is more predictable and balanced. The steering wheel is not much life, but the sturdy suspension allows for easy negotiation of bumps and sharp turns. It can get a little bit bouncy at moderate speeds, but overall the suspension handles almost everything thrown at it. The rear ride is a bit uncomfortable due to the lower reclining angle, but not so worrisome in the longer run. The middle passenger may find it a bit uncomfortable owing to the longer transmission tunnel.

The E-class outshines ride quality due to its super comfortable seats. The rear legroom and space make up for the shortcomings in the suspension system if any. The body roll in the E-class is more than the A6, and sharper turns can be hard to negotiate at higher speeds. Overall the ride is soundless and stable in city traffic with very little or no vibration whatsoever.

Ride quality depends a lot on the engine configuration too. Comparing the two vehicles can be tough because the Audi A6 is available in petrol engine while the Mercedes E-class is available in diesel variant in India. Nonetheless, we can still figure out that the Audi A6 outperforms the E-class when driving quality. The 2.0-liter TSI engine under the hood of the A6 is as refined and smooth as it can be. The engine doesn’t budge at rapid acceleration and deceleration. The power output is an excellent 242bhp between 5000rpm to 6500rpm, while the torque generation is 370Nm between only 1600rpm to 4500rpm, which helps the car reach 0-100kmph in less than 7.5 seconds. Given the bulk and size of the sedan, it is astonishing power. The transmission is an 8-speed automatic that is smooth and adjusts as per the demand of the driving conditions.

The front-wheel-drive system offers unbelievable acceleration and turns negotiation even at higher speeds. Since the petrol engine is turbocharged, mileage clocks at 9kmpl in city traffic. On highways, you can expect mileage as high as 15kmpl. The throttle is smooth and propels the big bulky sedan with ease. You can feel the rush when accelerating, though the suspension remains surprisingly stable even at higher speeds.

The engine driving the E-class is a 2.0-liter 4-cylinder turbocharged diesel-operated engine. The maximum power output is 192bhp at 3800rpm and generates a maximum torque of 400Nm between 1600 to 2800rpm. Performance-wise, the E-class engine is competitive, but the softer suspension can make the ride bumpier at times. The 9-speed automatic transmission allows for higher efficiency, though. One can expect a city mileage of 13kmpl while a highway mileage touches the magical 21kmpl mark easily. This beast can reach 0-100kmph in under 8.7 seconds which is still better given its size and aerodynamics.

As far as safety is concerned, both the sedans comply with both EU and Global safety norms in place. The airbags cover almost the entire cabin, and basic ABS and EBD are present in both of them. The A6 has an intelligent park assist system that takes control of the vehicle in tight parking situations. The E-class has a front collision warning system that evaluates and analyses the distance and speed between the vehicle and the object and starts applying the brakes depending on the reaction timing of the driver.

The Audi A6 is offered in two trims in India, the Premium Plus and Technology, which are both only in petrol version. The Mercedes Benz E-class comes in E 200 (petrol), E 350d (diesel), and E 220d Exclusive (diesel) trims, out of which only the diesel variants are available for the Indian market. Audi is not a very direct competitor when it comes to fuel choices but nevertheless offers stiff competition as far as the Indian luxury car market is concerned.

The Audi A6 Premium Plus is priced at INR 54.50 lakhs, while the Technology variant goes up to INR 59.42 lakhs.

On the other hand, the current offering from Mercedes E-class, the 220d Exclusive, is priced at INR 64.5 lakhs (all prices exclusive showroom, Delhi)

The Audi A6 is undoubtedly a goodie filled bundle of joy for all the drivers out there, while the E-class from Mercedes is best suited for luxury seekers. Both the vehicles are built keeping in mind the different tastes of the consumers. We will leave you with the choice on the note that while both are German manufacturers, both bring distinctive features to the market and are world-class players in the luxury car segment.

Stay tuned with us for more exciting upcoming news on the latest models, facelifts, and more. 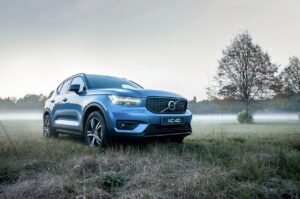 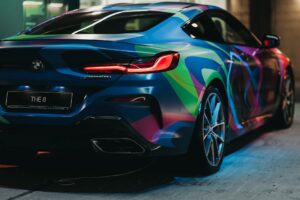 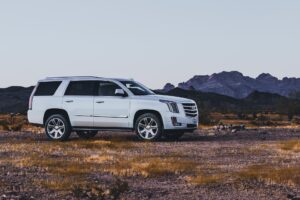